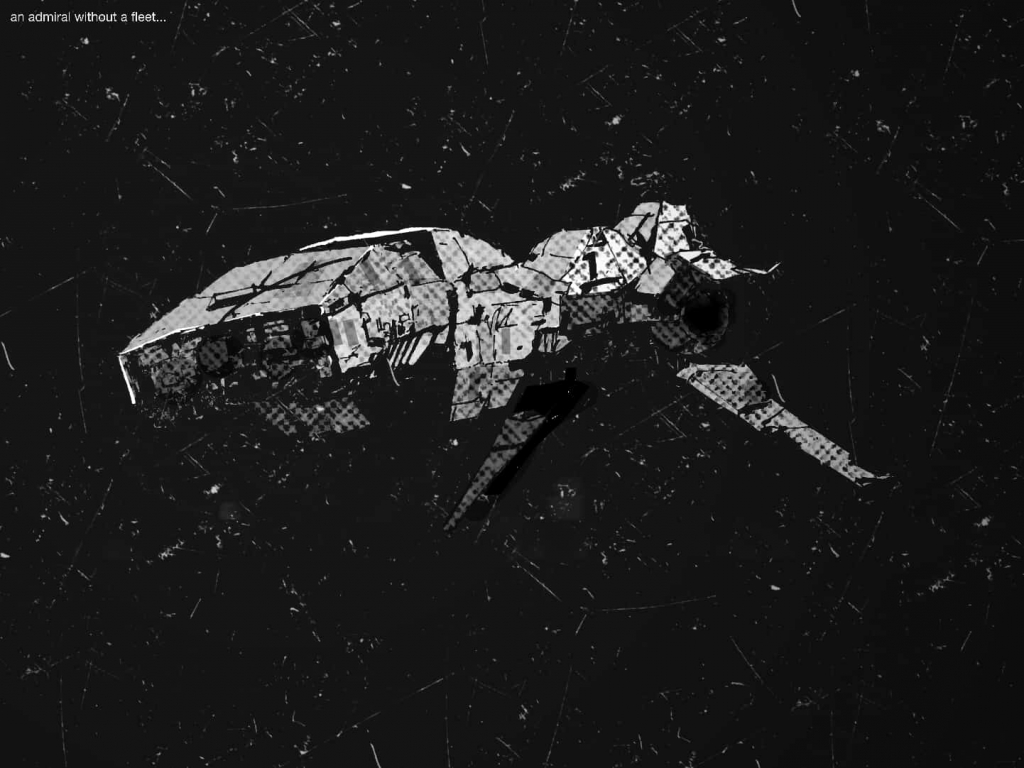 I grafted like a dog to get off that stinking frigate! Above and beyond! Extra shifts, night watches and all the other jobs no one wanted! Grinding full time to get back planet-side. I didn’t even care which planet! 50-50 chance right?

The stink of those god damn tin boxes. The Manticore was supposedly the best and most modern of the remaining frigates but she was still a piece of crap. Gaffer taped together, a leftover from a by-gone age.

Finally a chance! Special Attache to Admiral Holtz! Should have been a dream posting. Back planet side and quietly staying out of the way before collecting my full pension! I grabbed the opportunity. Comes to something when you think the UltraSamp air is fresh!

New job, fresh start, fresh air. And then, forty-eight hours in some idiot decides to invade Tycho Crater and what do you know? Holtz is nowhere to be found! The whole friggin’ office decides it should be the new boy who briefs Norton! So in I go. 24hours after everything had gone nuts.

To be honest Norton took it pretty well. Nothing like what I expected. Just an amiable old man really. He listened intently and quite calmly.

Until I briefed him on secondary events. In particular an apparent break in and robbery at an RP storage facility in Tycho City. He asked for an itemised list of what had gone missing. I gave him the pallet number and I swear he went white! Then he went thermal.

Luckily for me, Holtz had chosen that exact second to turn up. He bore the brunt of the rant.

[With the signing of the Relic Pact, The three sovereign states amalgamated their naval assets into a single organisation under the direct command of the Relic Pact President. One of the pacts first edicts was the down-sizing of all military assets. The newly formed RPN (Relic Pact Navy) saw an 80% decrease in its funding, manpower and assets within the first ten years.

The Grand Cruiser Pacifica was the first ship to be de-commissioned under the new agreement. The largest most advanced machine ever created and the last vessel ever to be manufactured by the Horst and Piera Shipyard at UltraSamp. They scuttled her at Tuxedo Atoll under much media scrutiny. She was broken down over the course of a few months. Her six MkII Cord reactors preserved and re-housed across the globes. To this day they still power our cities. A worthy sacrifice.

Over the next ten years more and more ships were moth-balled and broken up for upcycling and recycling. Until only the six frigates remained. The last of the capital ships.

Nowadays four remain in an active rotation. The Chimera was decommissioned a while back. While the Cockatrice has been stripped and kept in reserve as an emergency freighter, should one of the two remaining cargo vessels ever become unmaintainable. By all accounts this is very likely.

And that’s all we have left. Perhaps still too much. A Navy with nothing to defend.]